On the home front,

One of Lumpy's esrog plants has bloomed. 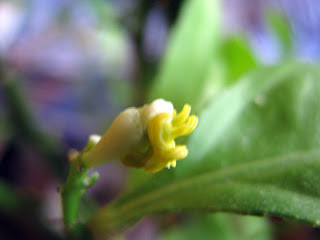 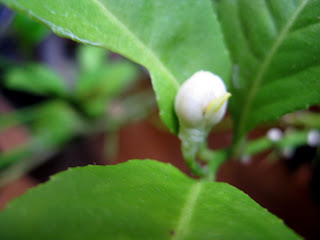 And my crocuses have started to sprout. 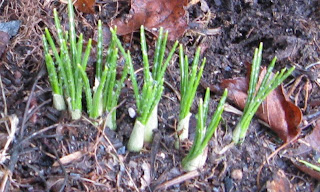 My holiday cactus is blooming again. For Tu B'Shevat? Purim? 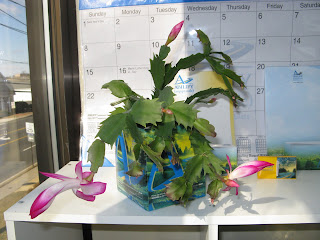 And the rest of the garden is also doing very well. 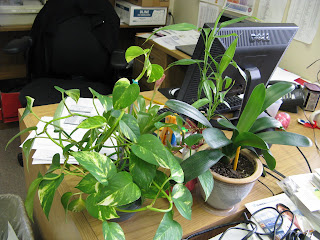 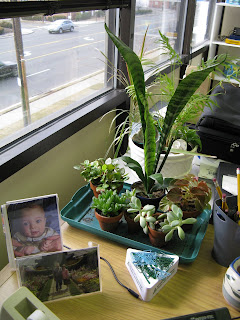 In December I potted this amaryllis bulb : 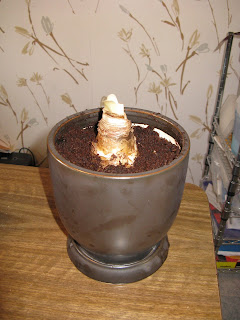 With just sunshine, warmth, and water, it grew into this over the next 2 months : 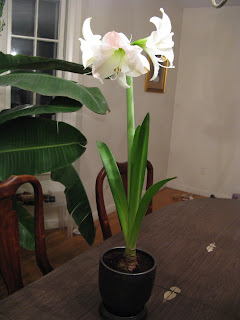 Getting me psyched up for the Edison Flower Show, which I went to today: 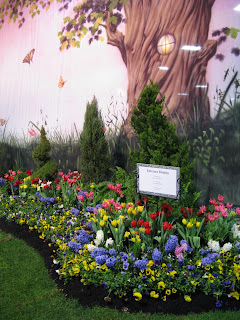 So you can expect to see stuff like this next time you come to the house : 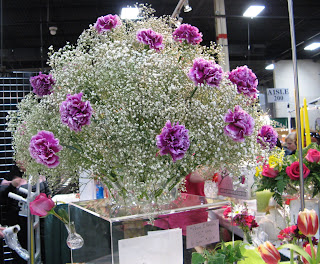 We went to a surprise engagement party today.

I've never been to a surprise engagement party before and didn't quite know what to expect.

Or who was supposed to be surprised.

I thought of several possibilities. All involved hiding in a closet with several hundred other guests waiting for the signal to jump out jump out and yell Surprise!!!!

1. A random young man and a random young woman are pulled off the street, introduced to each other. And - Surprise! You are engaged!

2. A secretive young man has never told his parents he has ever gone out, let alone asked his the woman he has been dating for three years to marry him, and thought it would be hilarious to let his parents know by getting them to his Kallah's house for the engagement party, on some lame pretext.

3. A young man and woman are "unofficially" engaged in that that they have selected a wedding date, but are not "engaged".

Scroll down for the answer ...


The actual event was closest to scenario # 3, although the happy couple got "officially" engaged the night before the party, so there was no actual jumping out of the closet yelling Surprise!!!

So although I was disappointed about the closet part, it was an incredible party. And we go back a really long time with the Chason's family and it was great to share in their simcha. And we got to see Moshe before we went. So it was definitely worthwhile going. Did I mention there was great food? 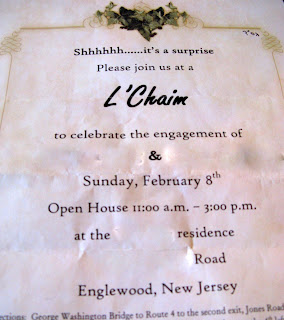 Back in NJ - A Walk in the not-national Park

Ok, so it's not Zion or Bryce, but it was the best we could do on short notice. 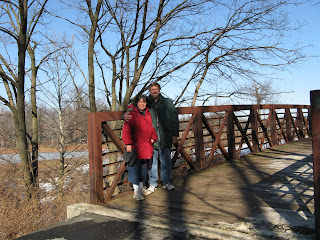 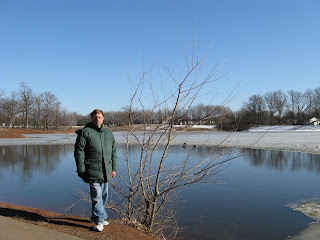 At least we got to see "The March of the Ducks " 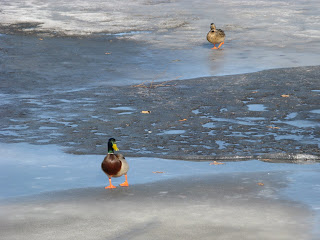 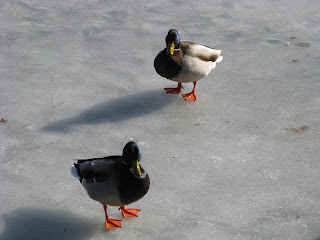 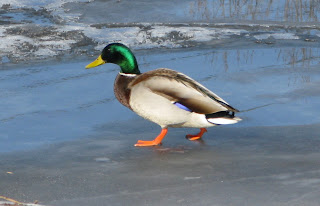