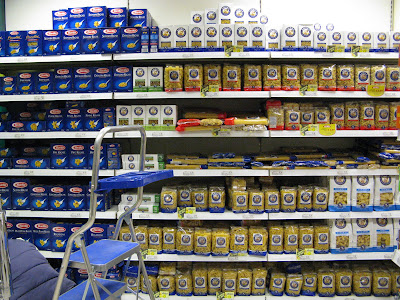 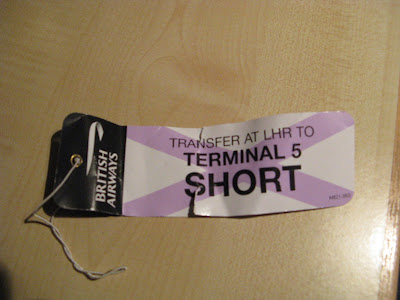 Just imagine Childrentals, how you would have liked me to have your underwear hung out for the entire tourist world to gawk at and post pictures of on their blogs. 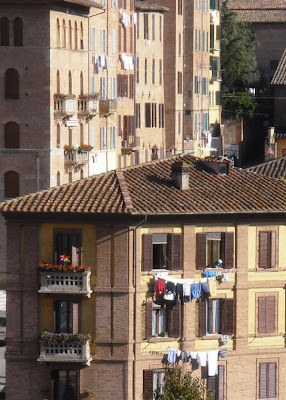 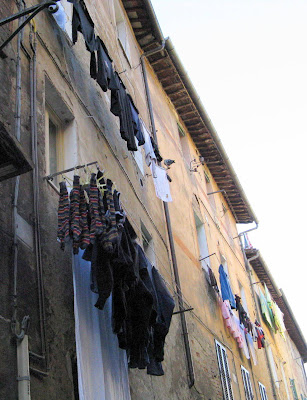 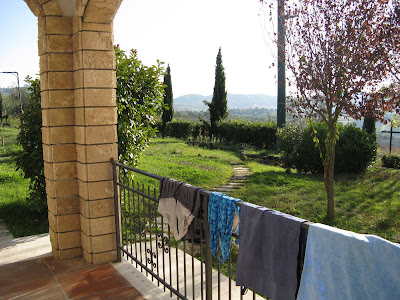 Labels: hung out to dry

List of possible allergens in an airline meal. But what is Kamut? 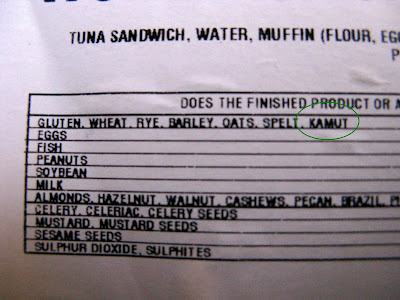 I felt myself getting younger as we ate our (delicious) meal.

As a bonus, the waiter's tranlation of the menu was very creative. We figured it was unlikely that what we ordered was really made from "Yellow Pumpkin" as described, and it wasn't.
Posted by the moot at 7:29 AM No comments:

Do Not Leave FOD on Airbridges 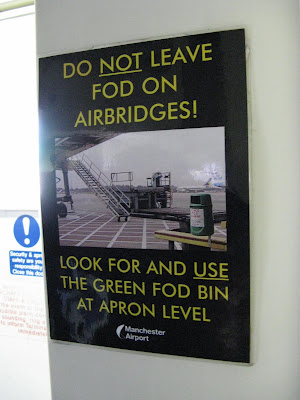 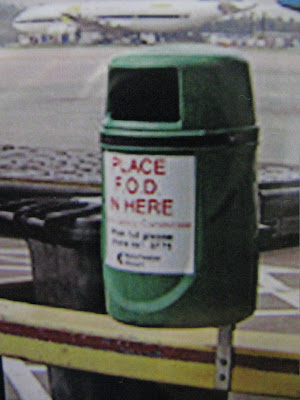 Spotted this sign at the Manchester airport. Was very concerned about not leaving FOD on airbridges because did not know what FOD was, and by not knowing, might accidentally leave some on an airbridge. Which could be very, very bad. Depending on what FOD was. And we were boarding a plane for takeoff and didn't want FOD on airbridges messing anything up.

So started asking around. One nice couple figured it was probably meant to say FOOD, and that the Mancunians (Yup. That's what they call "A native or inhabitant of Manchester, England") did not know how to spell food. To which my Pi guessed correctly, "You must be from London." (Londoners tend to look down on Manchester as being somewhat of a backwater.)

Then we asked some guys who looked like they might be airport workers given that they were wearing reflective vests. And they cleared it up for us. FOD is Foreign Object Debris. So I said, "You mean garbage?" To which they replied, "It's an aeronautical term."

By the way, anyone know what an Airbridge or Apron Level are?
Posted by the moot at 3:00 AM 3 comments:

In order to maintain proper decorum at the tomb of the unknown soldier in Rome .... 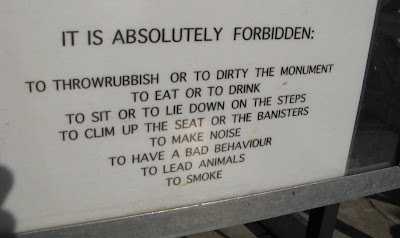 Speaking Italian in its Native Habitat 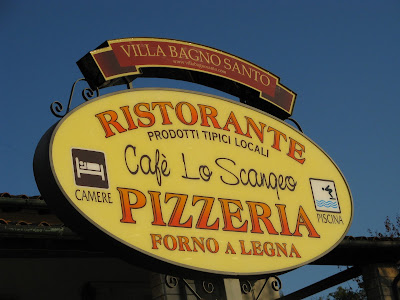 So I thought I’d report on how my few weeks of intensive study of Italian paid off in the wild.

I got to use my new language skills almost immediately, in the train station at the Rome airport. A very nice lady came over and asked me in Italian if this was the train to Termini (downtown Rome version of Penn station). She was confused because the train was supposed to leave at - she rattled off a time of day, and here it was - rattled off another time of day. I responded with a fluent shrug since I hadn’t thought to learn the phrase for, “I am also confused.” I went to listen in as she asked someone else. The train did indeed go to Termini.

I spoke in Italian frequently, asking for directions, buying bus tickets, saying good morning, good afternoon, etc. I was surprised at how many Italians do not actually speak Italian, as they had not idea what I was talking about.

I think I only slipped up by using Spanish a few times. And my Pi just used Hebrew once.

By the end of the trip, even my Pi was Bongiorno-ing and Prego-ing with confidence.

The speaking Italian highlight of the trip came in the city of Saturnia in Tuscany when I booked a room in a charming B&B where no one spoke English.

I smoothly told the guy behind the desk “Vorrei una camera doppia per una notte con bagno per favore.” (I would like a double room with a bathroom for one night, please.) To which he replied, … Actually I have no idea what he said but he handed a woman who worked there two room keys and sent us to take a look.

Both were fine. I asked the woman how much they cost a night. To which she replied, … I was eventually able to figure out … that I needed to ask the guy downstairs.

So we went downstairs to ask the guy, “Quanto costo?” To which he replied … I have no idea what he replied but we made him write it down and fortunately they use the same numbers we do.

He drew us a map to the hot springs, and then told us a lot of other stuff to which we nodded politely. And the next day we figured out was probably something along the lines of "We are closed tomorrow" and "Where to leave the key because the office will be locked."

I also attempted to speak English in Manchester, but that is another story. 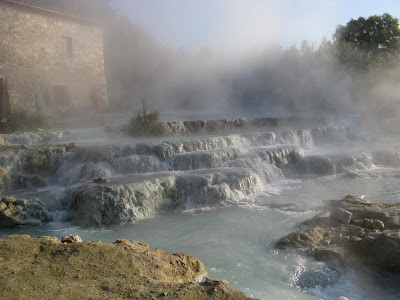 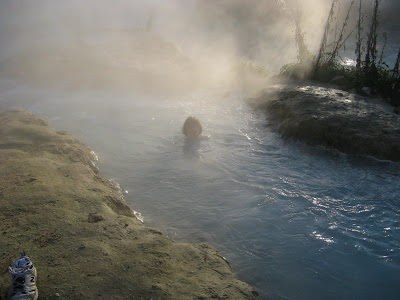 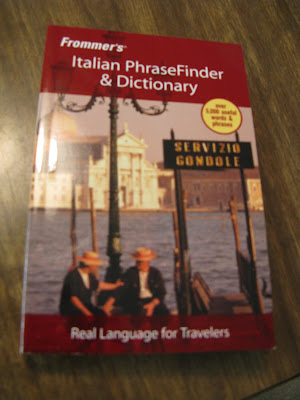