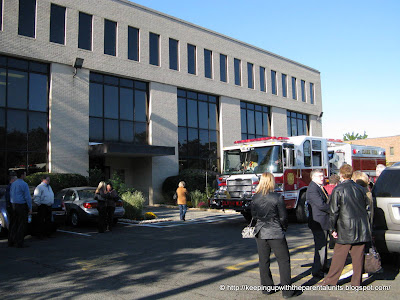 The Fire Safety lesson for today is -

Remember, boys and girls, when you toast a bagel in a toaster oven , take it off the paper plate.

Fortunately, there were no casualties from the fire except for a paper plate. And possibly a bagel.
Posted by the moot at 5:00 AM 2 comments:

Some of the phrases on the Learn To Speak Italian tapes are stupendously useless to the casual American tourist spending a week in Italy.

I am going to sell my skis to my friend.

My brother has a red bicycle.

In May, I brought the boat to Sweden.


While others are just plain baffling.

In case you don't believe me, listen for yourself.

I don't wash myself.


Could I have a discount off the price of the hotel room please? I don't plan on using any hot water.


That tour guide didn't answer any of my questions. Where can I hire a hit man?
or
I need to get the accent right to audition for a part in a gangster movie.
Posted by the moot at 4:00 AM No comments:

My Italian lessons are coming along nicely.

And I can say a lot more than that in Italian.

Not that I have any idea what it means.

You see, most of the "Learn to Speak Italian" tapes have no English on them. This is called the 'Total Immersion' technique. Just someone saying stuff in Italian (with no translation), and pausing so you can repeat what they said.

I listen to a Learn Italian CD in the car on the way to and from work. (All the other learn Italian stuff is on cassette tape.) It's kind of like playing Foreign Language Balderdash.

I listen to the Italian, carefully repeat it, and try to guess at the meaning.

For example, I think it just said "Mario is feeding the cat." Or maybe it was "Mario is eating a cat."

There is a book that goes along with the tape, but I can't read it while driving because it would distract me from pressing the rewind button on the cd player in the car.

One set of tapes (Listened to at home. Thanks for lending me your cassette player, Lumpy!) with no English also has sound effects.

I kept up easily in the first lesson that made vroom vromm noises and has people talking to each other with useful phrases like una Toyota es una machina Japanesa.

The next lesson goes bong bong and I think was about telling time. The lessons after that, I have no clue.

By the end of the week I expect to be able to speak a fluent English with a heavy Italian accent. In case any American tourists ask me for directions.

The Mathematics of Packing For Travel 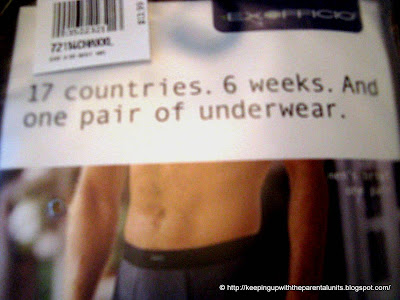 I am going to learn to speak Italian in advance of our upcoming trip to Italy. (After the bar mitzvah in Manchester.) 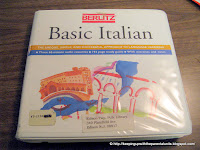 I'm not going to be one of those stupid American tourists who goes to Italy who doesn't know a word of Italian and expects the locals to speak English.

I hope to be one of those Americans who goes to Italy knowing 15-20 words of Italian, and expects to have meaningful conversations in Italian with the locals, without the locals dying of laughter.

I think it is always important while traveling to be able to carefully communicate in the native language important statements like "I am lost", "I thought this train was going to Florence!" "You might not believe this, but I am an American."

And hope that what I say doesn't actually tranlate into "Your mother looks like a horse."

I plan on building on my fluent knowlege of Spanish from 2 years in HS and many more years of reading El Diario over someone's shoulder in the subway. And Italian is just like Spanish, right?

I have taken out several Learn To Speak Italian tapes from the library.

So far have just been listening to the tapes to get the rhythm of the language. So that if I, say, wander into Switerland or France by mistake, I will realize it immediately.

The tapes promise long lasting benefits. Like being able to understand Opera. Like understanding the names of all the different pasta shapes.

I may not be able to learn important phrases like Where can I get an internet connection so I can blog, or Where can I buy a SD chip for my digital camera, after all these lessons are mostly on cassette tape. So I suspect they may not be up to date on the latest slang.

Maybe I will listen to the tapes while I sleep, and learn subliminally in a method developed by Eli in elementary school.

I look forward to impressing the locals with my fluent misuse of the 15-20 words.
Posted by the moot at 10:25 AM 3 comments:

The Lost and Found

We had a great time on yom tov! Thanks everyone for coming!

So far this this is the contents of the lost and found: 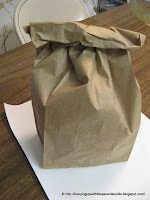 Please make a claim, or make a bid.

I'll keep you posted as more things turn up.
Posted by the moot at 9:06 PM 5 comments: