An Abundance of Cuteness 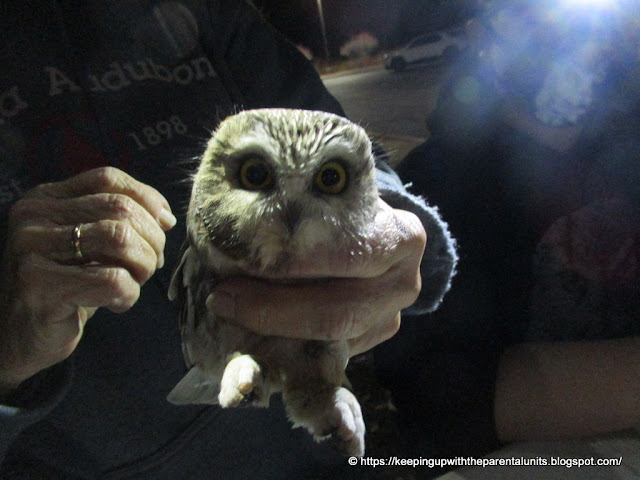 This is not a baby owl. It is a tiny full grown saw-whet owl.

We were extremely lucky to find out about an owl banding program that was being run by the Indiana Audubon Society last moztei Shabbos at Indiana Dunes National Park, where we were for shabbos.

It was part of a study about the saw-whet owl which is one of the smallest owls, only about the size of a beanie baby.

Saw-whet owls pass through the area from October to November as they migrate between Canada and (maybe) Georgia for the winter.

Owls captured were banded, then measured for beak length, wing length, tail length, and weight. Their feather patterns were examined to determine the owl’s age, and their eyes were checked for shade of yellow. A guess was made as to gender.

This data was recorded for each owl as well as the date, temperature, wind, moon phase, time of capture, and place of capture. At the end of the season the information is entered into a national data base. From there if an owl is recaptured, the data will tell when and where the owl was banded.

Researchers are tracking population numbers, how long they live and where they actually migrate as well as other data. One of the owls banded in the Dunes was recaptured at Arcadia National Park in Maine and another in Saskachewan. 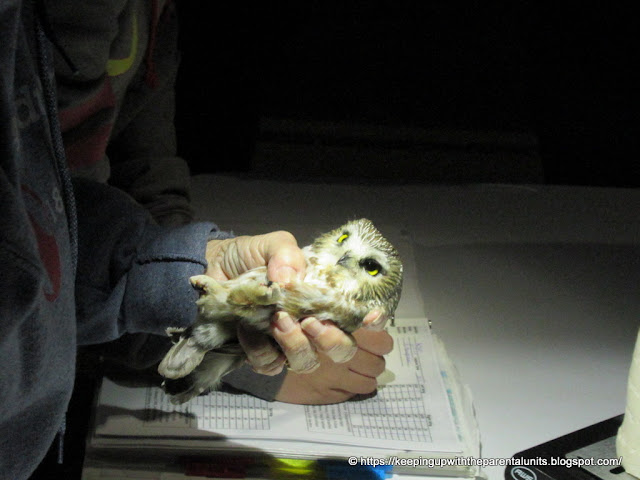 Posing for a glamour shot 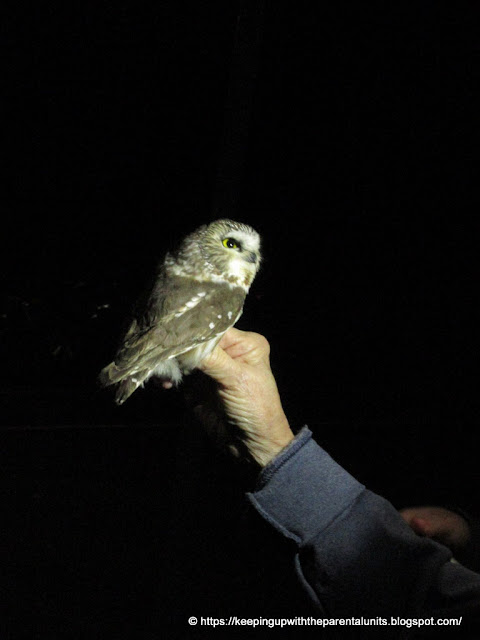 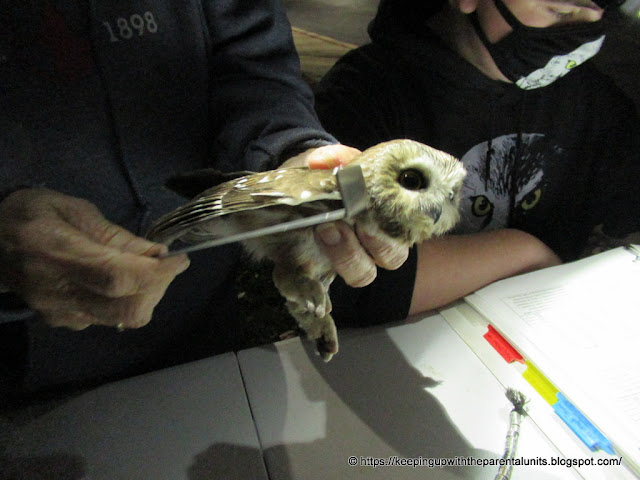 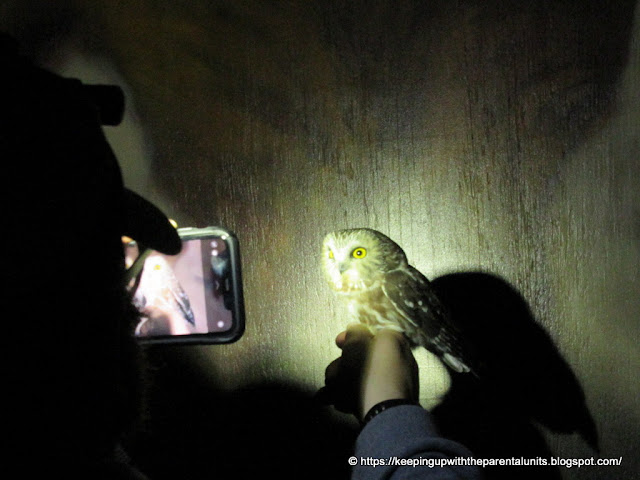 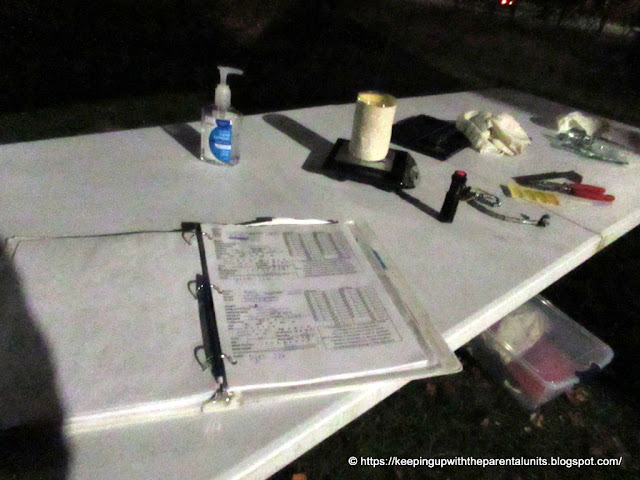 A barred owl was also captured. Because barred owls were not part of the study, he wasn't measured.
But he was brought out to be admired. 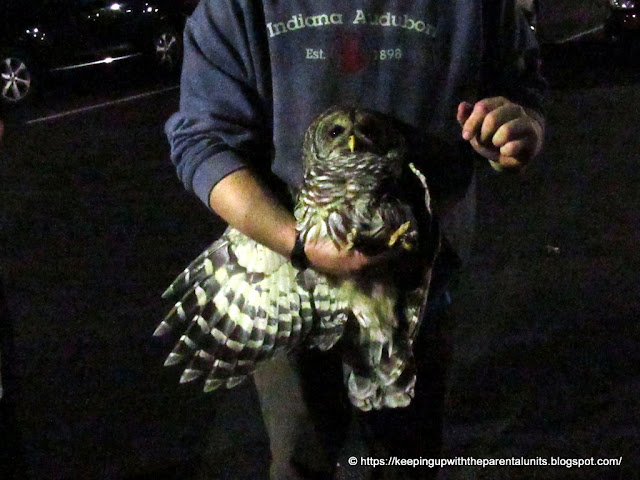 The owls were surprisingly good sports through all the indignities of being measured. Including being placed headfirst into a cup to be weighed. 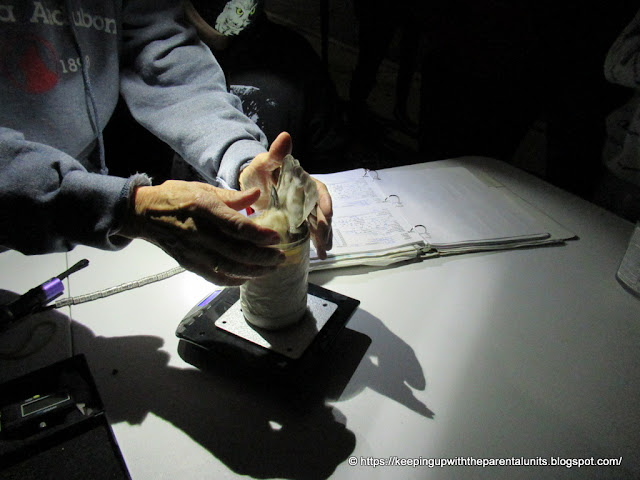