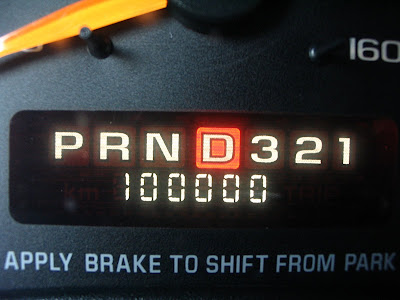 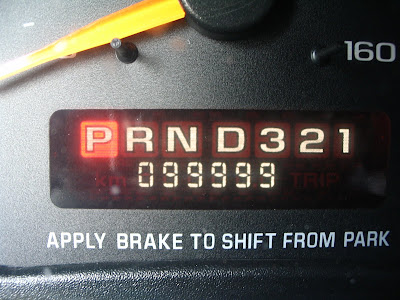 Sadly, there was also supposed to be a video here of the changeover. I had it all set up perfectly:

I knew exactly when I was going to reach 100,000 miles - 5 seconds after the trip odometer reading reached .9 miles. The camera setting was at video. My mpg player was set to Willie Nelson's 'On The Road Again', with the earbud pressed against the camera microphone. I was on a side street with no traffic so I could drive and film at the same time.

The second big thing this week was that I had my annual review.

I am no longer a 'Jr. System Analyst', but an 'Internet Developer.' Much cooler.

Coming in a future post will be pictures of the car growing up.